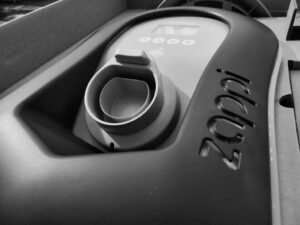 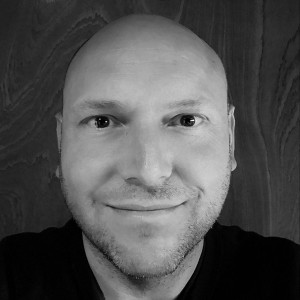 voltEV are approved installers for the myenergi Zappi charger. In this article we will set out why we feel this electric vehicle charger is worthy for consideration when deciding on a charger for an electric car.

Myenergi are a UK start-up company based in Lincolnshire dedicated to creating innovative eco friendly products. The Zappi is manufactured in the UK which is where the support team are also based. We are often met with issues on site relating to existing complex solar and battery storage installations. On occasions the support staff at myenergi are called on to help resolve initial set up issues. Myenergi technical support are really helpful and maybe, even more importantly, technically brilliant. They know their product inside out, this makes a difference.

Functional, good looking and user friendly. These are key factors in the success of the Zappi ev charger, our most popular EV charger. Closely followed by the pod point! The Zappi has carved a niche for itself being able to utilise surplus energy through integration with solar PV or wind generation. It is still a great EV charger even if there is no intention of solar PV being installed. There are three charging modes, two that utilise solar (Eco and Eco+) and one fast charge mode that utilises grid only energy. The Zappi has in built earth leakage protection. In simple terms this means the Zappi does not require an earth rod.

What is a smart EV charger?

The Zappi uses a clever box called HUB to connect your Zappi to the myenergi app. From your mobile app you can see exactly what is going on. How much energy you have used to charge your car, how much free energy you have harvested from your solar panels and how many kW hours your car has taken to charge. Clever stuff! The HUB communicates with the Zappi via radio frequency unlike other ev chargers which tend to use WIFI. 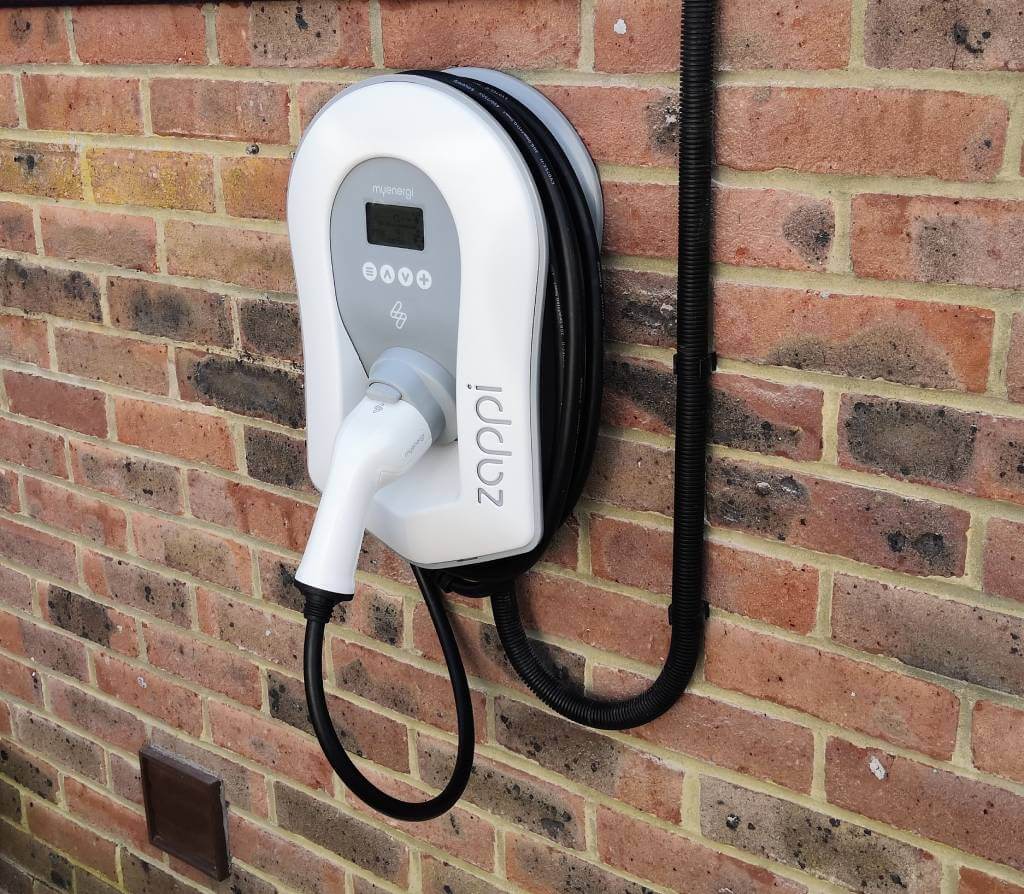 The Zappi charger also has a feature called dynamic load balancing. Sounds great but what does it mean. Basically a house is protected by a main fuse, if too many energy hungry appliances are used, such as electric showers, the fuse could be overloaded. Domestic electric car chargers use about 32 Amps and this extra load could cause your main house fuse to blow. Using a clamp that measures electrical current, the Zappi EV charger monitors the overall energy being used by a house. The Zappi will reduce the rate of charge should it detect energy usage is likely to exceed the limit of the fuse. The rating of the main fuse is set within the Zappi menu and is fully customisable.

Zappi chargers do not require an earth rod, therefore they are more simple to install. They only require a power and a data lead, although the data lead can be omitted by use of a device called a HARVI (we’ll cover Harvi in another post). The Zappi housing is constructed from thick plastic and does not bend or deform like some of the cheaper chargers on the market. The cover is available in black or white and simply clicks into place.

we'll get back to you the same day
Click Here